News and Press Release Across the Media 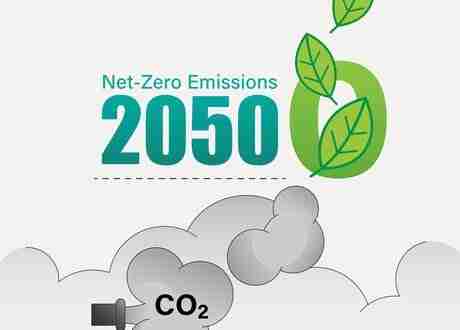 The Minister of State for Power, Mr Goddy Jedy-Agba, has said investments of over $400bn are required for Nigeria to achieve universal energy access by 2030 and net-zero emission targets by 2050.

Jedy-Agba said this at the virtual conference of the Nigeria Energy Forum 2021, according to a statement issued by the ministry on Wednesday.

He shared the challenges facing the country in delivering energy to the 25 million Nigerians without access to energy using solar home systems and mini-grids.

The minister was said to have reassured delegates of the readiness of the country to participate in the forthcoming COP26 UN Climate Change Conference.

He said Nigeria would seek to align its position along ‘an energy transition that is equitable, inclusive and just’.

“A just energy transition for Nigeria will feature both clean energy technologies and natural gas, with the aim of achieving net-zero emissions by 2050,” he was quoted as saying.

Jedy-Agba said the country had developed an Energy Transition Plan on pathways for achieving universal access by 2030 and net-zero targets by 2050.

“Figures show this would require investments of over $400bn in excess of business-as-usual spending between now and 2050, highlighting the scale of effort required,” he added.

In his opening remarks, the chair of the conference, Dr Oluwole Adeuyi, said a sustainable industrial revolution based on modern energy technologies could accelerate the pace of socio-economic recovery globally post-COVID-19.

Adeuyi enjoined all stakeholders to contribute their strategic insights towards achieving sustainable industrialisation, power sector recovery and the goal of a successful transition to net-zero emissions by 2050.

According to him, the five countries with the largest access deficit – representing 50 percent of Africa’s deficit – are Nigeria, the Democratic Republic of Congo, Ethiopia, Tanzania and Uganda.

He said, “Indeed, there is an urgent need for Africa to expand its energy infrastructure to serve its growing population.

“However, despite being home to 17 per cent of the world’s population, Africa only accounts for four percent of global power supply investment which makes it rank amongst the lowest in the world.

“Achieving universal access by 2030 requires a significant ramp up in spending to over $100bn per year, with $51bn for transmission and distribution lines, $34bn for grid-generation and $17bn for off-grid

Book for your slot before it's too late. This year's forum is taking place online. Register Here